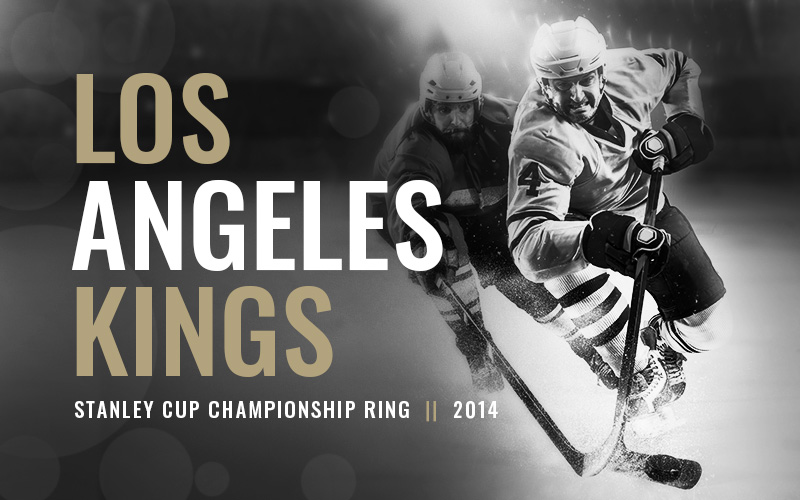 Congrats to the Los Angeles Kings on the great season and the great Hockey Championship Ring that comes with it!

Above all, the team defeated the New York Rangers in 5 games to capture their 2nd Stanley Cup Championship Ring in franchise history.

The LA Kings set a few Playoff records along the way as well, this time, becoming the fourth team to come back from a 3-0 series deficit to win a playoff series.

A fantastic feat like that was quickly out done by the other record they broke in the 2014 Playoffs. With the result of becoming the first team to play the maximum of 21 games (3 sets of 7 game series) on their path to the Stanley Cup final.

This is pretty special. But my favorite ring…… Is still the next one. @lakings pic.twitter.com/q0lNmwjqud