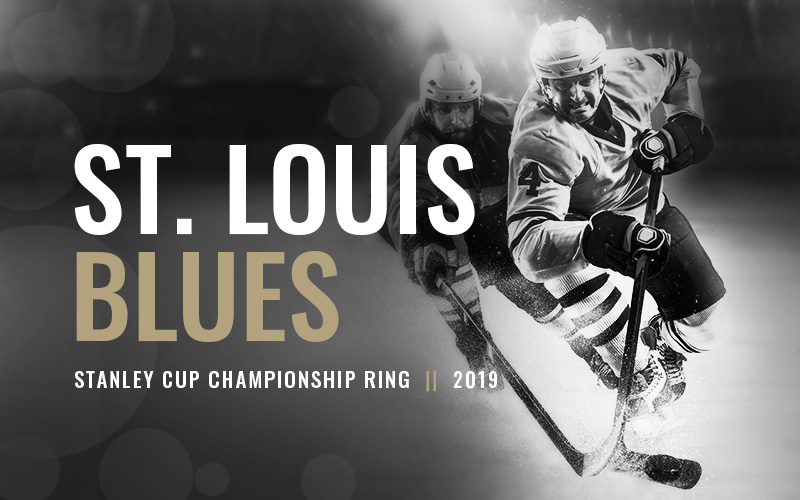 In 2019 St. Louis Blues have finally snapped their 51 year Stanley Cup drought! As a result, by knocking off the Boston Bruins, 4-3, in a thrilling 7 game series.

The Blues had an absolutely fantastic season, capped off with a Championship that was arguably the most deserved Championship Ring ever.

The team moved on from head coach Mike Yeo. As a result, replacing him with Craig Berube who led the team to their first-ever Stanley Cup championship ring.

82 games in the regular season followed by 4 rounds of grueling playoff hockey for all NHL teams.

Congrats to the St. Louis Blues on the great season and the great Hockey Championship Ring that comes with it!

It was a night to remember as the #stlblues received their championship ring during a private ceremony at the Missouri History Museum.