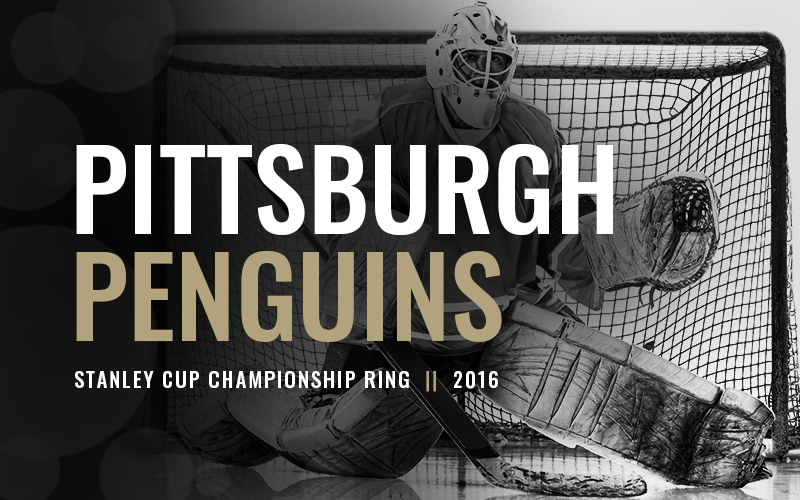 The Pittsburgh Penguins are Stanley Cup Champions once again after defeating the San Jose Sharks in 6 games!

In this case, he also took home the Conn Smythe Trophy as the Most Valuable Player of the 2016 Stanley Cup Playoffs.

In fact, with the San Jose Sharks representing the Western Conference in the 2016 Stanley Cup Finals, this became the first time since 2007 that a team was making their first trip to the Finals.

The Penguins were Back 2 Back Stanley Cup Champions in 2017 and they received their beautiful custom Champions Rings.

We put a ring on it.

Congrats to the Pittsburgh Penguins on the great season and the great Hockey Championship Ring that comes with it!

Let our powers combine. Earth! Fire! Wind! … Or something like that. pic.twitter.com/4cwyfRTqT4