To all our partners, we are grateful for your trust, and we recognize your dedication, hard work and look forward to our continued relationships in 2022.

It’s been quite a busy and memorable year for us at Baron® and we are poised and ready to take on all the new exciting challenges that lie ahead in the New Year! 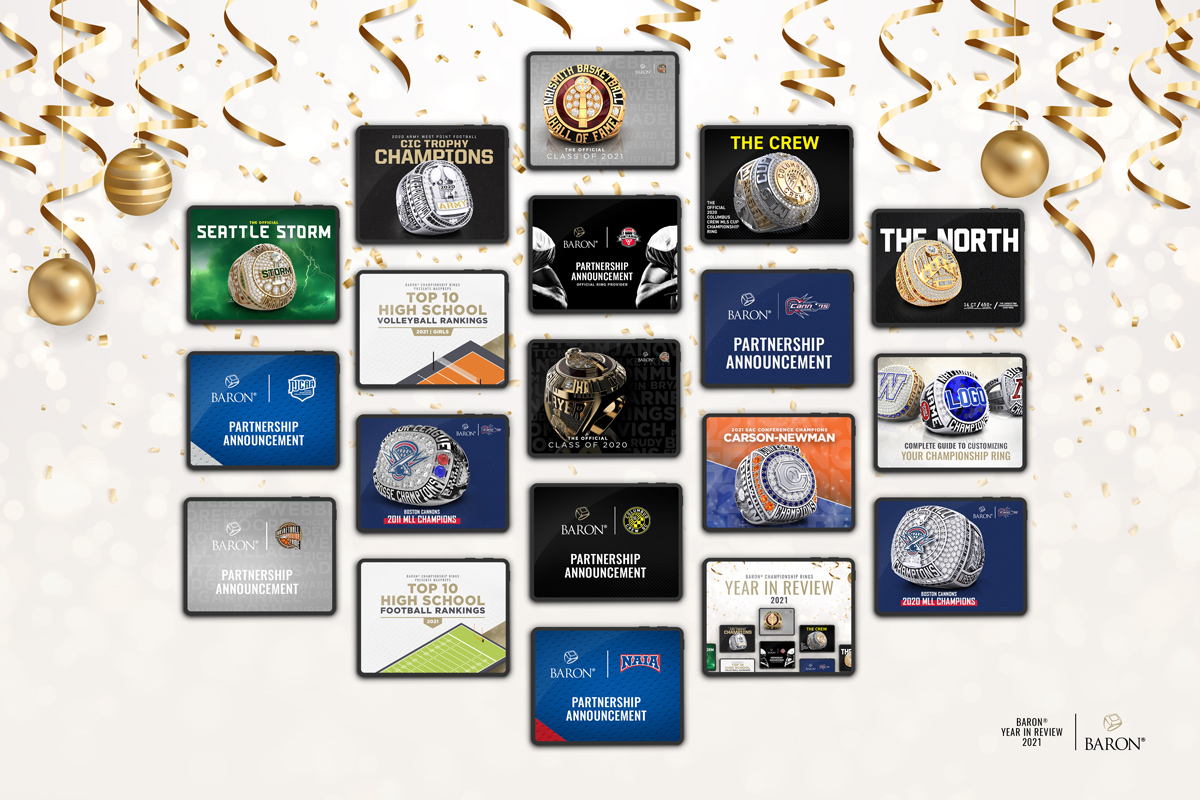 Let’s take a look back at some of our custom Championship Rings we created in 2021 for teams along with some interesting sports statistics and news from 2021.

A closer look at the newest addition! A big thank you goes out to the team at @baronchampionshiprings for helping us put together the perfect ring! All aspects of the ring are customized to represent our 2021 season 💪🏽 The face of the ring features our Apache Soccer logo with two stars on the left and right side of the perimeter representing our two Valley Championships. The left shoulder features the player name and number in diamonds with the Official Sanger High Tom Flores scoreboard in the background and the 3-2 final score from the Valley Final. The right shoulder features the Back2Back heading over the CIF and CMAC logo representing the consecutive championships in both conference and section. The underside of the ring features a Sanger Apaches engraving. And finally the inside of the ring features an engraving of the game score, date and location!We also have to thank team captains @raul.garciaa2 and @op.torres11 for leading the design for the team!

The ring itself is amazing but that reaction from the team says it all!! It’s an honor to represent our school, town and community at the highest levels!

Baron® Championship Rings Presents: A Quick Glimpse of 2021 – We would like to express great appreciation to all the teams we served in 2021, your journey will live on forever in each of your Championship Rings. To all our partners, we are grateful for your trust, and we recognize your dedication, hard work and look Watch Baron Championship Rings YouTube

For the second time in the history of the Boston Cannons and the first time since 2011. The Cannons won the 2020 Steinfeld Cup led by their MVP Bryce Wasserman who captured his first MLL Championship Ring in the process.

Cannons Lacrosse Club identity, previously known as Boston Cannons and formerly based in Boston, Massachusets, was adopted following the MLL-PLL merger in December 2020. 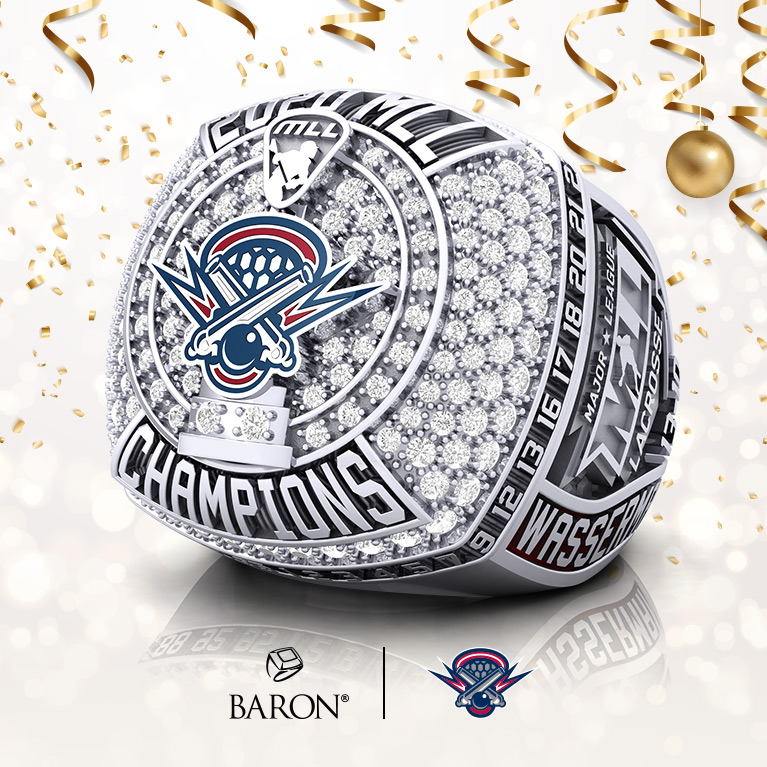 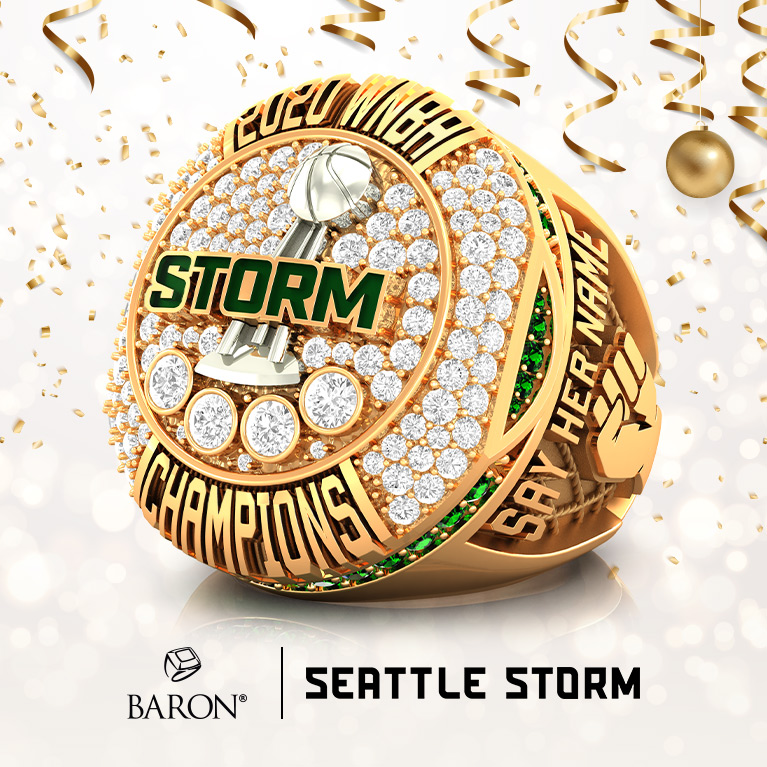 This beautiful piece was thoughtfully designed with many aspects of the organization’s journey to securing their fourth WNBA Championship.

We are seeing a dynasty run in the making as the Seattle Storm have won their 4th WNBA championship ring and their 2nd in 3 years. Led by WNBA Finals MVP, Breanna Stewart, the Seattle Storm swept the Las Vegas Aces 3-0 to claim the biggest trophy in the world of women’s basketball.

This impressive story-driven piece was created with many aspects of the organization’s journey to being crowned MLS Champions. 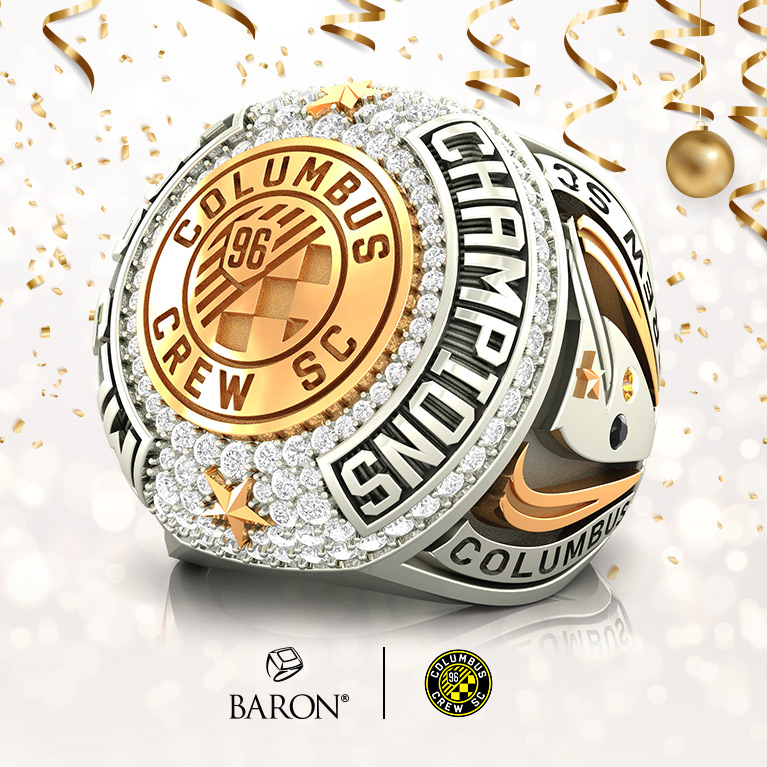 Naismith Memorial Basketball Hall Of Fame Class of 2020 and 2021

“For the first time in our history, we’ll enshrine two classes in one calendar year,” said John L. Doleva, president and CEO of the Naismith Memorial Basketball Hall Of Fame.

The Naismith Memorial Basketball Hall of Fame Class of 2021 Enshrinement Ceremony festivities were on September 10-11, 2021. With the trio of Kobe Bryant, Kevin Garnett, and Tim Duncan headlining the 9 member Class of 2020, we are thrilled to be part of the 2021 Induction.

“This impressive story-driven Championship Ring jewellery was created with many aspects of the team’s journey to being presented with the Commander In Chief Trophy. The trophy is named for the U.S. President, who is the Commander-In-Chief of all U.S. Military services under the U.S. Constitution.”

See the details of the Championship Ring. 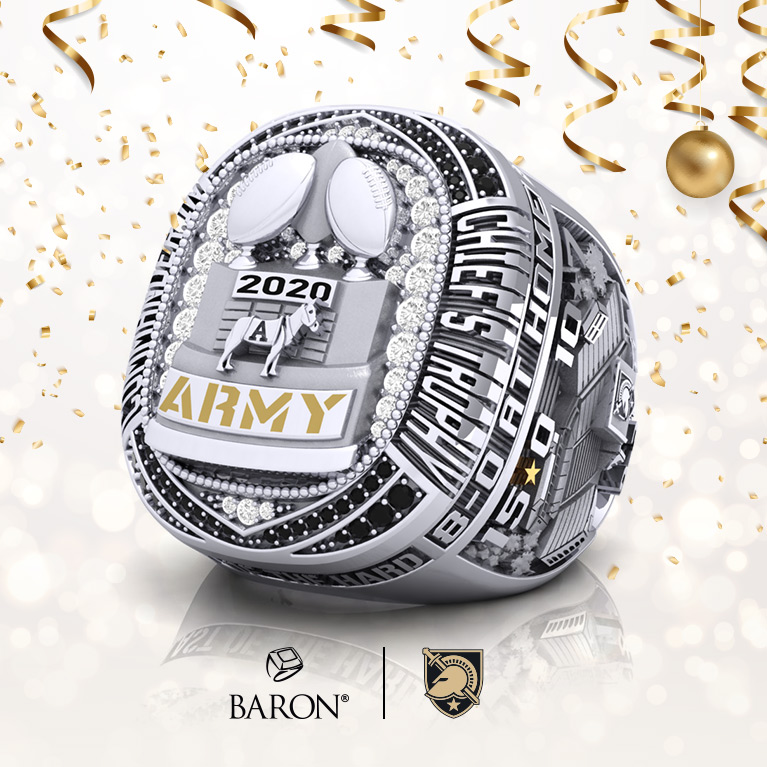 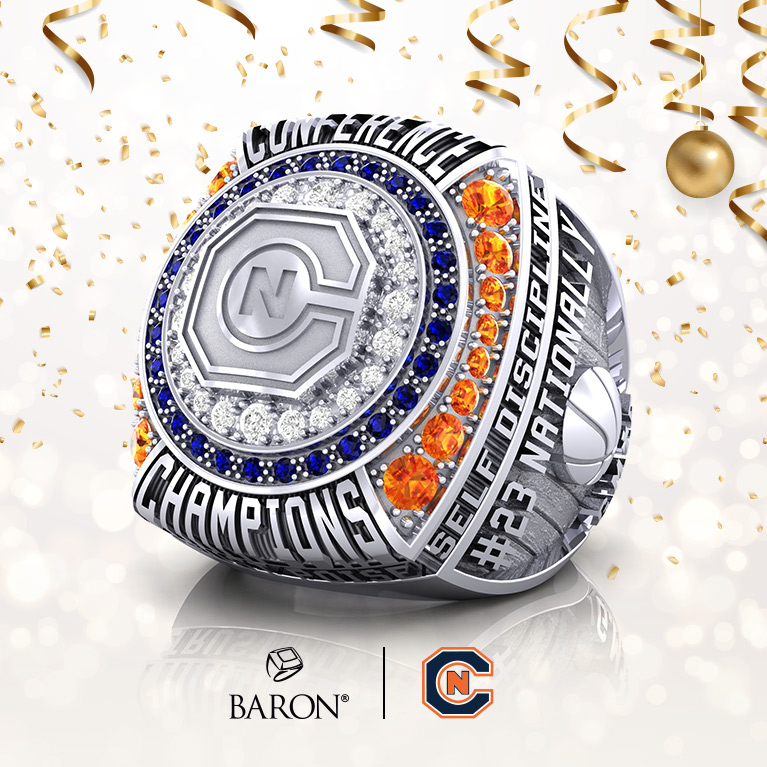 Every ring has a story!

Check out how Carson-Newman University’s Men’s Basketball Team told their story and see team staff’s reaction to the Championship Ring.

“We had to come on the road in the semifinals and finals to play two defensive-minded veteran clubs. To show the poise, determination and fight speaks volumes about what our people are about.”

(Last Updated: December 2021, Statistics from Stats Crew, CBC. The statistics information shown are only a snapshot of 2021, as some Championships overlap to another year.)

Most Points Scored by Tampa Bay

See the latest scores on CBS

CFL Presents: Grey Cup 108: Who We Play For – The Grey Cup is the biggest game of the year, but some things are bigger than football. Find out who and what the stars of the 108th Grey Cup will be thinking about when they take the field. – Watch CFL YouTube

Team Canada Women’s Soccer beating Sweden for a gold medal, a 1-1 game that was won 3-2 on penalty kicks.

The final game was played in International Stadium Yokohama, Tokyo, while Canada had managed to win three straight knockout games without a goal from open play.

Previously, Team Canada beat Brazil in a shootout after a 0-0 draw in the quarters.

As well as, Canada beat the United States in the semi-finals on Jessie Fleming’s penalty kick and made it to the shootout against Sweden on another penalty kick from Fleming.

As for the shot, Julia Grosso said ” I just stayed calm and collected,” adding she didn’t want to think about what it meant at that point because she didn’t want the nerves that would come with it.

“I just took a beath and shot it into the corner.”

Thank you to all who made this year our best year ever!

Be sure to share our Baron® 2021 Year In Review. Please share your Championship Ring from Baron® with us on socials and use hashtags: