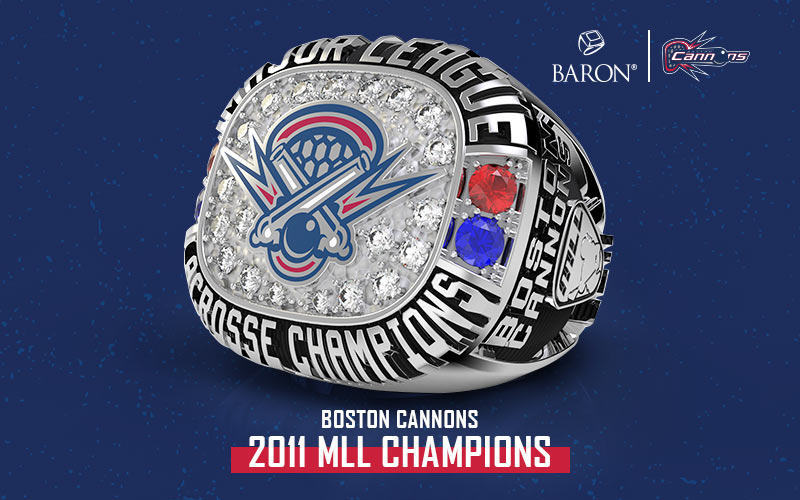 In 2011, the Boston Cannons clearly had a sour taste in their mouths following the semi-final defeat to the Bayhawks a year earlier.

For the first time since joining the league in 2001, the Boston Cannons are Major League Lacrosse Champions!

The Cannons add a Championship Ring to their history as they defeated MLL newcomers the Hamilton Nationals 10-9 in the Championship game.

The Cannons lacrosse team became the final flagship franchise to win the Steinfeld Cup and a Championship ring.

Moreover, the other 3 original franchises (Lizards, Bayhawks, Rattlers) all have won since the league began in 2001. 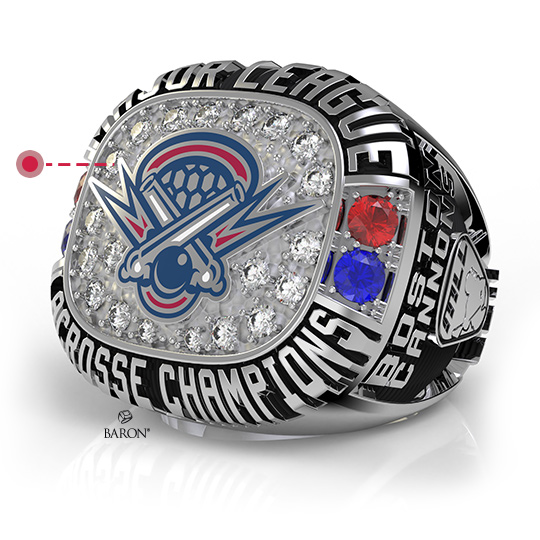 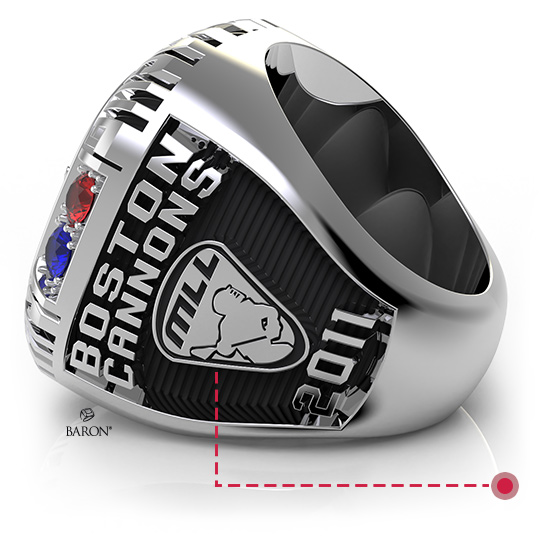 Side:
Features Boston Cannons, Major Lacrosse League iconic logo, and 2011 on the side.

In 2011, the Boston Cannons clearly had a sour taste in their mouths following the semi-final defeat to the Bayhawks a year earlier.

In the regular season, the men’s field lacrosse team finished 9-3. So far, their best record since 2005, which saw them go into the postseason as Major League Lacrosse’s number one overall seed.

Following two thrilling playoff games, the Cannons lifted the Steinfeld Cup much in thanks to their MVP Jordan Burke.

As if battling through a full MLL season was not hard enough. The 2011 MLL championship game was played in Annapolis, Maryland, during Hurricane Irene.

In order to become Champions, you must overcome many obstacles along the way. For this reason, it is only right to be rewarded with a beautiful custom Championship Ring to represent all the hard work throughout the season.

Congratulations to the Boston Cannons on becoming the 2011 Major League Lacrosse Champions.